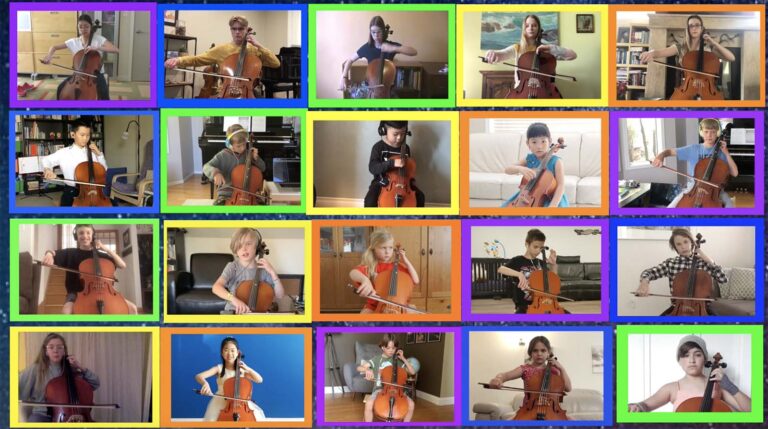 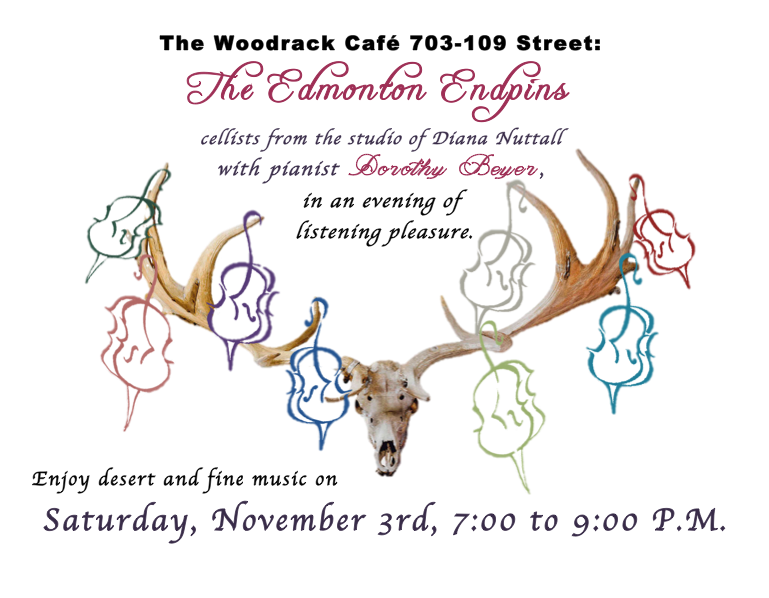 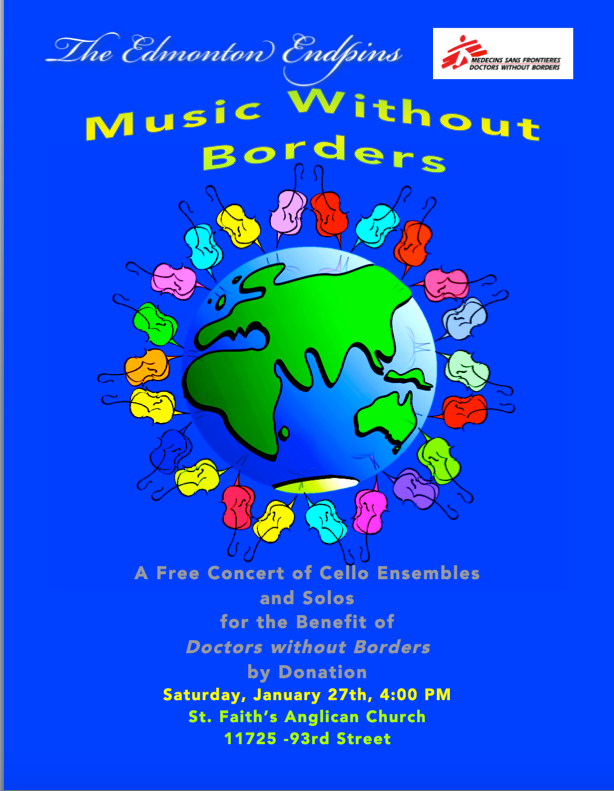 The Edmonton Endpins is an ensemble made up of young cellists from Edmonton and surrounding area in Alberta. The members are from 4 to 18 years of age. Led by Diana Nuttall, they perform in a large ‘cello orchestra and in smaller chamber ensembles such as quartets and duos. When performing altogether, the more advanced students play more difficult parts thus helping out the younger cellists. Their repertoire varies from purely classical to folk and pop tunes arranged especially for the ensemble.

The Endpins have done many concerts throughout Alberta and Canada. The Senior Group has travelled and performed, all over Canada, including in the Edmonton Symphony’s “Stars of Tomorrow” program. The Edmonton Endpins have performed on tour in Guelph, Toronto, Calgary, Victoria, Langley, Winnipeg, Saskatoon, Grande Prairie, and MooseJaw. In June, 2018, the ensemble toured Athabasca area. Within Edmonton, the Endpins have appeared in many school concerts, at Hospitals, at The Festival of Trees, and at the Alberta Legislature. The Edmonton Endpins released a disc of entirely original arrangements of Christmas music for cello ensemble called “Cello Cherubs for Christmas”. The disc had a broad range of appeal: along with some Christmas Carols it included pieces by Bach, Handel and Corelli as well as popular pieces such as “Rudolph the Red-Nosed Reindeer” and “Jingle Bell Rock”.

During the Covid lockdown, The Edmonton Endpins recorded Videos, including Dona Nobis Twinkle in June 2020, Beethoven’s Variations on a Theme by Handel for Beethoven’s 250th Anniversary in December 2020, and a complete Seasonal Celebration in December 2020. In June, the Senior Group performed “A Cello for Chelsea” as solos, and the Teddy Bears’ Picnic on a Zoom recital.

This year, the special touring ensemble will be performing popular Classical tunes, Folk Song arrangements, as well as some popular favourites. In honour of Reconciliation with Indigenous people, the group added an arrangement of “O Siem” by Susan Aglukark. The performers explain about the cello and the music during the performance, to give the audience interesting cues to listen to.